It’s been awhile since I’ve posted, so here’s a story for your enjoyment:

The water falls beautifully, cascading hard and fast. Silently, she turns to her horse, his black hide riddled with sweat and brush. With ease she removed his tack and grabbed a bar of soap from the saddle bag. Silently she stripped off her sweaty clothes and moved with her steed through a less dense portion of the waterfall.

The water pounds upon her shoulders, massaging away the knots formed by a journey’s stress, Deftly she scrubs her bare skin, reveling in the rough texture of the soap. The dirt and grime are scoured away. She lathers her hands and combs them through her hair and then turns to her horse, cleaning him and massaging his muscles, singing all the while. Her song flows with the water, weaving in and out of its beating time. She is nearly finished when she sees a shadow on the other side of the waterfall, the shape of a man. Swiftly using Diazen as a living curtain she darts behind him, retrieving solely her long shirt in a desperate attempt to cover herself. It is then that a face appears clearly. She curses, wishing she had grabbed her sword instead.
He leered at her when he saw the majority of her clothes folded on the rock along with her sword. His lusting grin sent chills down her spine and she shivered, wrapping the fabric close to her. How had he found them? He must have followed them from the ship.

“Come here pretty,” he jeered, obviously drunk on his ration of rum, “Come give me a kiss.” One look at those eyes told her that one simple kiss was the last thing on his mind. She backed away, Diazen with her, backing to the wall. He followed, his comments now too crude to repeat.

“Dallin,” she cried, “Go back to the ship now or you are forfeiting your life.” He paid her no heed, moving forward towards her like a madman. With a sharp inhalation of breath she whispered a command to Diazen. With a shriek he reared up, striking with hooves at the offender. She ran, the white shirt billowing behind her, her dark brown hair a mess of wet curls plastered to her brow. Dallin retreated from Diazen’s flashing hooves, chasing after her. In one fluid motion she drew her sword and spun, spun just as Dallin reached her, his momentum was too great to stop and he ran himself onto her sword.
She collapsed, pulling her sword from his body, his blood twirling away int the current, staining the crystal stream red.

She cried, shaking all over as she sat in the water, her tears mingling with the flowing rivulets of the river. Softly Diazen approached her, nuzzling her hair and wuffing in her face. Slowing her breathing and pulling herself together, she hugs his head, allowing him to lift her back to standing. Slowly she washes her sword free of blood, sliding it back into its sheath, Then with a sigh, she drags Dallin’s corpse to the edge of a cliff, rolling him off it to avoid polluting the water. Walking back, she sees her reflection, a frightened girl reminiscent of her tortured childhood staring back at the woman she’d become, their blue eyes rimmed with tears, their brown hair messy and tangled, red blood staining their hands and face, wearing only a long shirt. She dropped to her reflection, calmly washing away the blood. Then, she stood and dressed, leaving what happened in the past. Quickly she tacked Diazen, and with a last pat to his nose and a half an apple for each of them, she mounted, riding off back into the forest, making her way into the heart of the land, departing from the sea and the memories of her past. 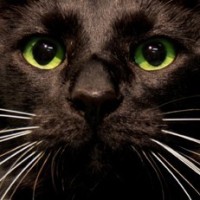 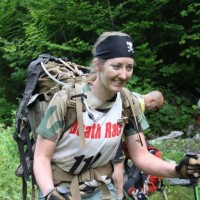 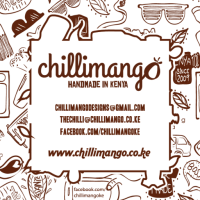